The three and then four linear parallel banks on the western edge of the warren, two of which converge to create a funnel, may be trapping banks. These banks are located on the eastern side of track which runs from High Lodge. There may be a fifth bank at TL 803 835 but it is difficult to be certain because of the vegetation.

Fig 1: Plan view of extent of banks from track running NNE parallel to banks, beginning at point where a second forest track cuts across at right angles. O on drawing is 52.42631N 0,64993E 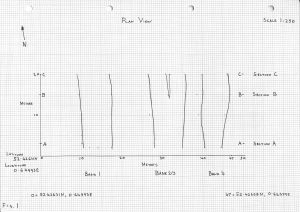 Plan view of group of banks 200m north of those in Fig 1. Although contiguous with the banks system to thr south, they show further evidence of individual banks coming together or dividing. 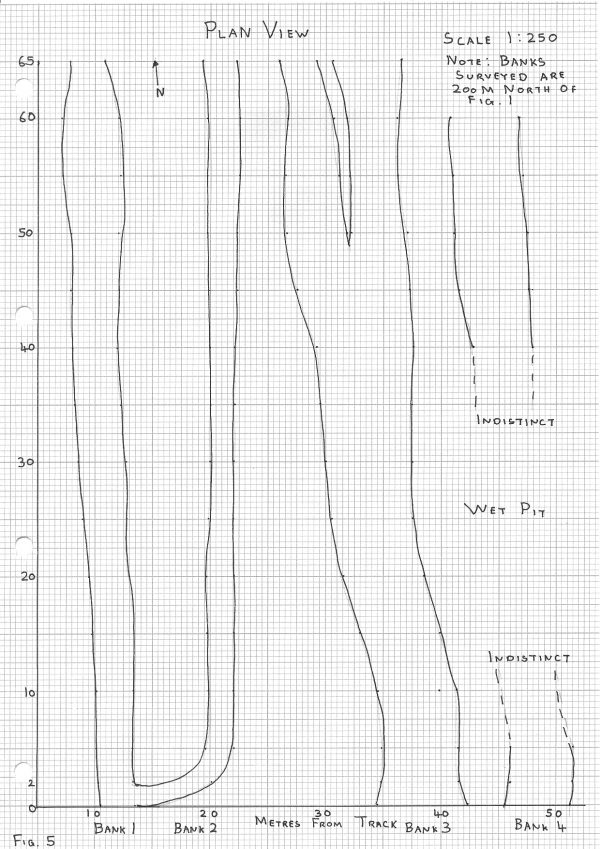 These diagrams show how complex the bank systems are in their layout. Banks merge together and then split apart; some banks curve round towards each other and then are discontinued. Rather than simply being four parallel banks, two banks can merge and four become three and at another location, three banks can merge and become two. These banks are clearly significant in terms of the management of the rabbits by the warreners. Though their layout is undoubtedly linked to their practical use, we can only speculate as to exactly how they were used as no ‘working manual ‘has been found as yet.