ARCHITECTURE PROJECT ENDS WITH AN AWARD FROM THE CAMPAIGN TO PROTECT RURAL ENGLAND.

It’s been a long haul, but after four years of surveying, interviewing and research, the Society’s Vernacular Architecture Project has reached a highly successful conclusion and one marked with recognition from the Norfolk branch of the Campaign to Protect Rural England (CPRE). The CPRE has an annual award scheme to recognise “achievements in the field of conservation” and in 2007 the Society was the proud recipient of an award for its architecture project.

The grant of £25,000 for the project was made by the Heritage Lottery Fund in 2004, since when over 40 Society members (and a few non-members, too!) have worked on what is the largest grant-aided project of its type. The objectives of the project were to record the traditional building types and styles of the Norfolk and Suffolk Brecks, in order to highlight their importance at a time when rampant development threatens to compromise the character of local towns and villages. 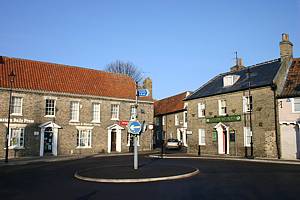 In addition, the project sought to record the story of local craftsmen working with traditional materials, and also those people who could recall how local houses were built and maintained in the past. A series of building workshops were also organized to encourage apprentices and re-trainers to consider a career in traditional building conservation.

The culmination of all these various components was an exhibition and illustrated report entitled “The Vernacular Architecture of the Brecks”. The report was written by Dr Tom Williamson, one of the area’s leading authorities – members will doubtless remember his energetic talks to the Society – and included a summary of the findings of the original buildings survey carried out by the Society, as well as photographs of buildings and architectural features drawn from across the region. You can download a copy of the report here.

The exhibition comprised a series of large panels featuring important aspects of the local built heritage and drawing attention to the wealth of decorative features present in the local vernacular style. Both the report and exhibition were launched in July 2007 and over the following nine months the exhibition toured extensively around the Brecks, including to several of the towns and villages that were surveyed as part of the project, as well as to The Forum in Norwich and the SPAB Building Conservation Fair in Kings Lynn.

The survey forms and photographs submitted by the project surveyors have been lodged with the Norfolk Record Office, along with a copy of the database of buildings that was compiled from the survey information. Copies of the illustrated report have been sent to the county library services in both Norfolk and Suffolk, as well as to local planning authorities and English Heritage.

History of the Project

In autumn 2004 the Society was awarded a grant of £25,000 under the Countryside Agency’s Local Heritage Initiative for a project designed to record the architecture of the Norfolk & Suffolk Brecks.

The objective of the project was to record and explain the traditional vernacular building types and styles of the Brecks: their form, design, construction, building materials etc, and provide the basis for wider appreciation of this important heritage. The vast majority of such buildings are not subject to statutory listing and so have been barely recorded, if at all. In recent years many have been unsympathetically altered, and much of the area’s new architecture bears little acknowledgement to the traditional regional styles. Many local communities have therefore lost touch with their architectural heritage, especially as those historically responsible for maintaining the area’s building stock are now mostly very elderly. Their story had not been recorded. The local planning authorities acknowledge that the loss of traditional building styles is an issue and needs early attention. The project has five components designed to address these points:

24th May
Coach tour of STANTA